Los Angeles Union Station is the largest railroad passenger terminal on the West Coast. Its importance as a vital transportation hub is only matched by its status as an iconic landmark, with a rich history and glamourous style that truly represents the city. The station is also the focus of a transformational project that will improve regional connectivity to key destinations in Southern California by increasing rail service capacity to accommodate future transportation demands of the region.

In 2019, more than 100,000 travelers made their way through Union Station each day. It’s considered the mid-point for the 351-mile Pacific Surfliner route, making it understandably one of the busiest stations in terms of ridership. The station is also served by long-distance, commuter, and light-rail trains; local and intercity buses; shuttles to Los Angeles International Airport; and more. The station is often considered a destination in and of itself, with art installations, cultural events, dining options, gift kiosks, and ample photo opportunities. The station has a bicycle hub for anyone who is interested in riding through downtown Los Angeles.

The historic train station was selected by The Academy of Motion Picture Arts and Sciences to host part of the 93rd Academy Awards on April 25. Areas within the station, such as the Historic Ticketing Hall, the Grand Waiting Room, and the outdoor patios were transformed for the awards show. This was the first time the awards were hosted at a train station. The station remained open to passengers throughout the awards events.

LA Union Station was built in 1939 with a signature Mission Modern style. Sweeping hallways are marked with colorful tiles, wood-inlayed ceilings, towering windows, grand chandeliers, and more. The station itself was meant to reflect a combination of the city’s history, heritage, and future-looking modernism. It was recently named by Condé Nast Traveler as one of the 14 most beautiful train stations in the country. 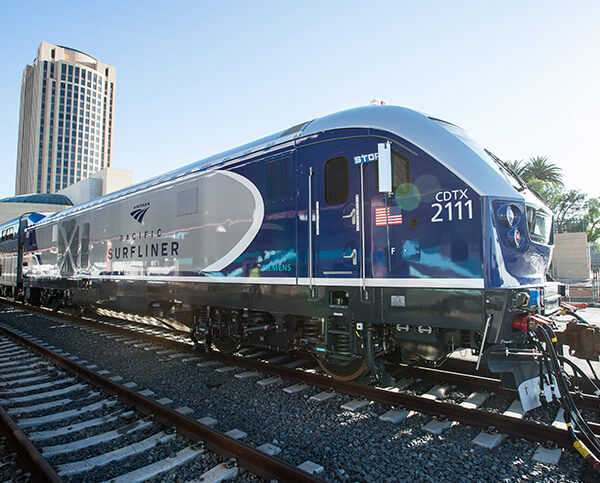 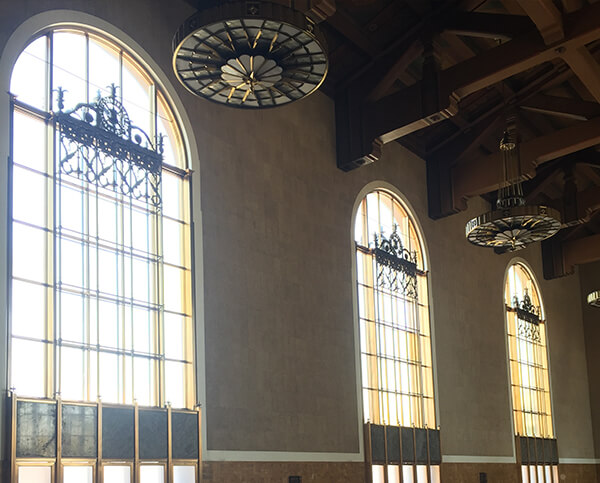 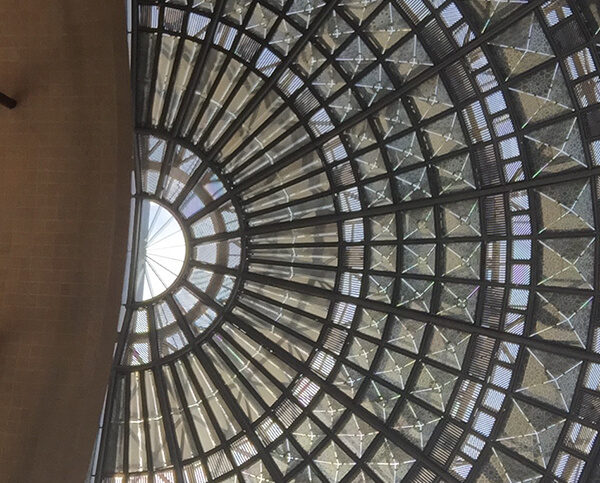 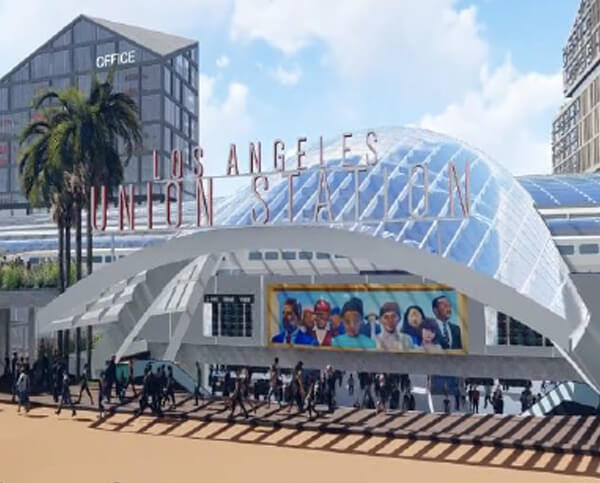 Planning for the Future

By 2040, it’s expected that more than 200,000 travelers will pass through LA Union Station each weekday. Making continued improvements to this vital transportation hub is important to accommodate growing transit needs in the area, while also preserving the station’s unique identity and history.

A number of agencies are working collaboratively on the Link Union Station (Link US) Project, including the LOSSAN Rail Corridor Agency, which manages the Pacific Surfliner service. Managed by Metro, the Link US Project will transform LA Union Station with a number of improvements, including:

These changes will expand transit opportunities at LA Union Station, paving the way for enhanced bus, rail, and other services operating in the area. Anticipated benefits include:

Additionally, during a five-year period, the Link US Project is estimated to generate 4,500 temporary jobs per year and more than 200 permanent positions, which benefit the local economy.

The Environmental Impact Report for the project was certified and approved by the Metro Board of Directors in June 2019 with the draft Environmental Impact Statement scheduled to be released for public comment in the spring of 2021. Learn more about the Link US Project on Metro’s website.

To read more about the history of LA Union Station, visit GreatAmericanStations.com. Visit the Pacific Surfliner Facebook page for stories from our riders about LA Union Station (and share your stories, too)!

A new San Diego County Maintenance and Layover Facility will become the primary maintenance location for Pacific Surfliner trains by 2030. 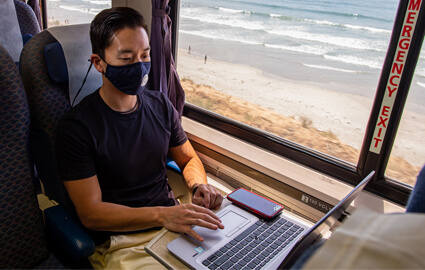 The LOSSAN Agency, in partnership with Amtrak, has started the process of upgrading the Wi-Fi system on Pacific Surfliner trains. 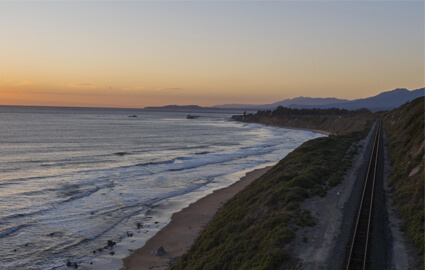 Check out these photos of breathtaking sunsets along our route, and know that there’s something special waiting for you when you’re ready to travel again.