Regular Pacific Surfliner service is expected to continue through Thursday and Friday as a tentative settlement has been reached between the freight railroad worker unions and their employers.

As the contract negotiations involving freight railroad worker unions are still ongoing, service disruption is anticipated starting at 8:00 PM on Thursday, September 15 until an agreement is reached.

In the case of a railroad service interruption, we will coordinate with Amtrak and Metrolink to provide bus bridges and maximize service options for customers.

Pacific Surfliner service will be adjusted as follows:

Once a settlement is reached, service will resume as quickly as possible. 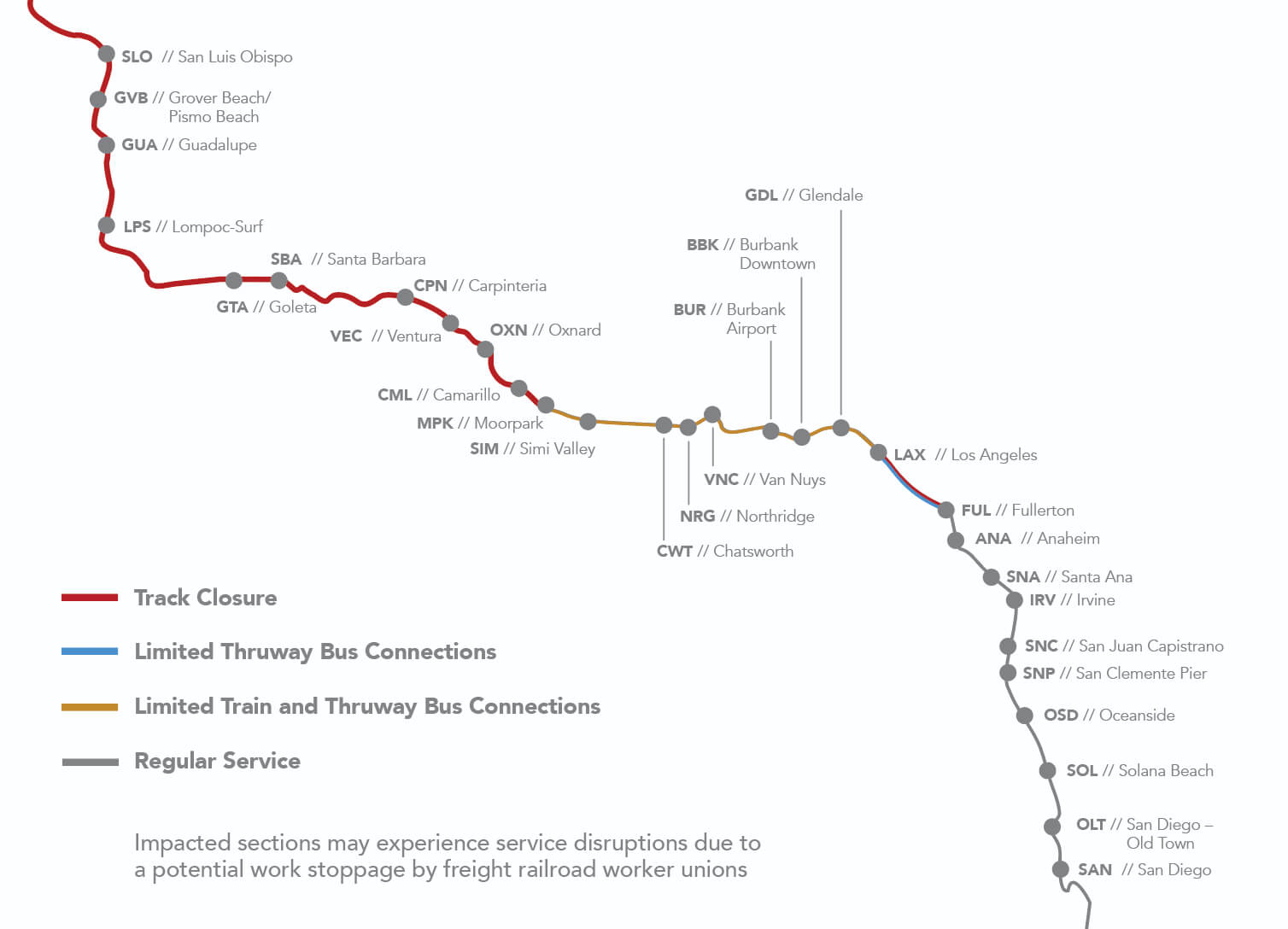